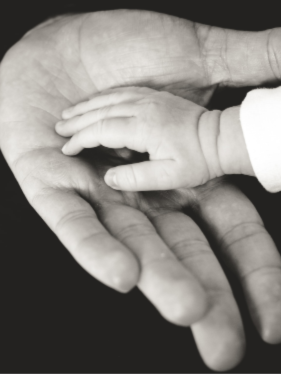 Were there any symptoms with your pregnancy that made you suspect something was wrong?

According to the doctors everything was normal. But I had this sense that something was off. He didn’t move much. I had a lot of swelling. I went to the doctor a lot because I couldn’t feel him moving. I remember telling my mother that I was afraid something was wrong.  It was my first pregnancy. I had nothing to compare it to. When I went in for his post due date appointment, he failed the biophysical profile test. So, they did a nonstress test where the hook you up to the monitor to watch his movements. Somehow, he passed it. I left that appointment feeling something was wrong. I tried to convince them to induce me, but they wouldn’t. I called my mom crying and telling her I knew something was wrong.

Two days later at 40 weeks 5 days into the pregnancy I was super anxious. My face and my ears kept getting hot. I felt like my blood pressure was high. I checked my blood pressure and it was super high. I ended up going in that night. I spoke to my aunt who worked in labor and delivery. She told me to come to the hospital. When I arrived, they took me straight up to labor and delivery. They hooked me up to the monitors and started giving me oxygen, crackers and juice to try to get him to move. He hadn’t been moving much throughout the pregnancy. His heart rate was doing the same thing that it was doing at the doctor’s office. There was no variability. It was staying right at 150 the whole time. The heart rate should be going up and down and not staying the same. At that point the decision was made to do an emergency Caesarian section.

They rushed him off to the nursery. I was taken into recovery. During that time, he coded and despite everything they did they couldn’t get him back. I wasn’t there but AJ was. I didn’t know what was happening. My mom came in to see me and told me she didn’t know what was happening, but it wasn’t good. The nurse came in and told me she was going to wheel me back to the nursery. I prodded to find out what was going on “Something’s wrong, something’s wrong, isn’t it?” All she said was, “I’m just going to roll you back to the nursery.”

When I arrived at the nursery, there were all these people standing around. It’s standard protocol for very critical babies to be transferred to the children’s hospital. They had been called in and were already there when I arrived. AJ was on the floor with his head in his mom’s lap. They told me they had done all they could do and asked if I wanted to hold him. I guess I was in shock because I said not but as soon as I got back to recovery I said, “Yes, I want to hold my son.”

One of my aunt’s friends who works with her as a labor and delivery nurse is a photographer on the side. My aunt asked if she could call her to take photos of Henry. I said yes. I guess some people might say no. She came and took Henry’s photos. I’m so grateful I have those photos. Some of them are really hard to look at.  Now there’s an organization called Now I Lay Me Down to Sleep which is a group of photographers who take photos of stillborn babies or babies that die right after they are born like Henry. “He’ll always be my son. I can’t imagine not having any photos, not one to look to remember what he looked like.”