Talking Now May Save a Life Later 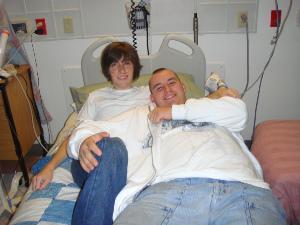 Michael and his friend, Dave, who visited Michael in the hospital when he was on leave from the Marines

With National Heart Disease Awareness Month under way, Barth Syndrome Foundation’s Shelley Bowen has one wish for all families: Pledge to have the talk.

Twenty people die each day waiting for a transplant. Bowen, BSF’s Director of Family Services and Advocacy and one of the organization’s founders, knows this statistic all too well. She lost her 23-year-old son, Michael, while he was on the heart transplant list with complications from Barth syndrome.

Children and adults with Barth syndrome are at risk of heart failure. The rare, life-threatening genetic disorder affects the cardiolipin, which is essential for normal mitochondrial structure and energy. The outcome is commonly a structural heart defect.

According to BSF’s Heart Failure FACT Sheet, small areas of damage may occur over years; damaged muscle tissue is replaced by scar tissue. Eventually the heart’s compensatory mechanisms contribute to disease progression by causing the walls of the heart to enlarge and thicken. This enlargement means less blood can flow through the heart’s chambers. 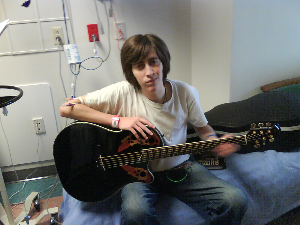 To an outsider, a heart transplant may seem like a no-brainer, but family members and affected individuals may not agree with each other on this course of action. “When we learned our son would likely need a transplant, both Michael and his father were in opposition to a transplant,” said Bowen. A year later, Michael was listed when it became clear a transplant was the only option for survival.

“Imagine your spouse and your teenage child being against a transplant as his health is steadily declining. Imagine the desperation of first learning about their feelings when your child is in critical condition,” she said. “The time to talk is now, not in a crisis.

“The decision whether to have a transplant isn't that easy. It's a real mind-shifter to know someone will have to die for you or someone you love to live.”

Unfortunately, while 95% of U.S. adults support organ donation, only 54% actually sign up to be donors. There simply are not enough hearts for the almost 4,000 people listed. After 12 months of waiting and with no heart available, Michael died just two days after celebrating his 23rd birthday.

While Bowen had to make the heart-wrenching decision to let her son go, she continues to keep Michael alive through her advocacy efforts and urging families who have loved ones with Barth syndrome to talk about transplants. “Please have the talk,” Bowen said. “It could be the most important talk you have ever had in your life.”

During the month of February, BSF is giving an "I ♥ Someone with Barth syndrome" car magnet to anyone who makes a donation of $25 or more to support Barth syndrome research. 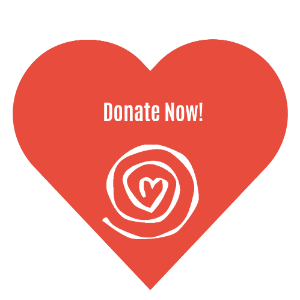