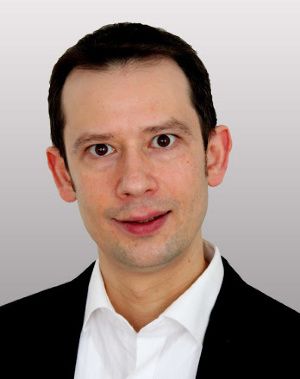 Barth syndrome (BTHS) is an X-linked multisystem disorder characterized by cardiomyopathy, skeletal myopathy, growth retardation and neutropenia (Barth et al., 1983; Dudek & Maack, 2017). The cause of the disease is a mutation in the gene encoding for tafazzin (Taz), a mitochondrial enzyme which catalyzes the remodeling of the phospholipid cardiolipin (Bione et al., 1996). Cardiolipin is known to interact with numerous inner mitochondrial membrane proteins, including the respiratory chain complexes (Dudek, 2017). We previously demonstrated that cardiolipin deficiency is associated with remodeling of the respiratory chain supercomplexes and cardiac-specific deficiency of succinate dehydrogenase (complex II) by using patient cell-derived cardiac myocytes (iPSC-CM) and an established mouse model of BTHS (Taz-KD) (Dudek et al., 2016). We became interested in potential metabolic changes in cardiac myocytes with dysfunctional mitochondria. Our preliminary data indicate that mitochondrial import and b-oxidation of fatty acids (FA) is reduced in BTHS and this defect is accompanied by decreased oxygen consumption in BTHS iPSC-CM supplied with palmitate as substrate. Because the healthy heart predominantly relies on FA to support ATP production, we hypothesize that this metabolic defect can contribute to cardiomyopathy in BTHS. This project aims to elucidate the mechanism underlying defective FA utilization in BTHS with the ultimate goal of developing novel therapeutic strategies. To this end, we will first investigate mitochondrial import and oxidation of FA in BTHS iPSC-CM and assess whether short-chain FA and/or ketone bodies restore the respiratory defect observed when long-chain FA are provided as substrate in this cell system. Finally, we will translate the mechanistic insights gained in iPSC-CM into a therapeutic intervention to be tested in vivo in Taz-KD mice.