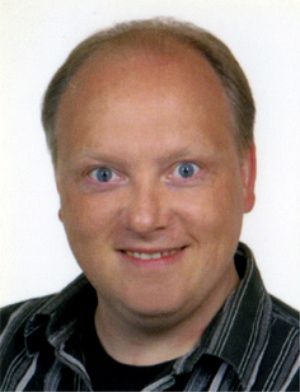 The cause of Barth syndrome has been assigned to defects in the activity of the transacylase tafazzin. This enzyme is located in the mitochondrial inner membrane (MIM) and is responsible for the maturation of cardiolipin (CL), a negatively charged phospholipid that plays multiple roles in mitochondrial core functions. Alterations in the CL composition impair respiratory metabolism and ATP production by the oxidative phosphorylation machinery that is localized in membrane invaginations of the MIM, termed cristae. The tafazzin-deficient mitochondria of Barth syndrome patients show a reduced number of cristae and severe ultrastructural MIM defects indicating that CL homeostasis is pivotal for the formation and maintenance of these intricate structures. Consequently, the affected individuals suffer from skeletal muscle weakness and cardiomyopathy due to mitochondrial dysfunction in these particularly energy-demanding tissues.

The peculiar architecture of cristae strictly depends on two major membrane-shaping protein complexes of the MIM: the oligomeric F1Fo-ATP synthase and the mitochondrial contact site and cristae organizing system (MICOS). Whereas ATP synthase oligomers shape rims and tips of cristae membranes, MICOS is required for the formation and stabilization of crista junctions that firmly connect the cristae to the boundary region of the MIM. Ablation of MICOS in different model organisms leads to the collapse of crista junctions and a detachment of cristae from the periphery. Remarkably, the defects of MIM architecture observed in Barth syndrome patients are very similar to those found in patients who suffer from hepato-encephalopathy and 3-methylglutaconic aciduria due to loss of the MICOS subunit QIL1. Several recent studies mainly performed in yeast cells point to an intimate connection between MICOS-dependent cristae formation and phospholipid metabolism. Strong epistatic interactions between the two pathways, both positive and negative, have been reported. Initial biochemical analysis indicated that CL is likely involved in the structural organization of MICOS. In turn, alterations of yeast MICOS were found to reduce tafazzin protein stability and to perturb CL homeostasis.

In this project, we will address the mutual relationship between MICOS and tafazzin-dependent CL maturation in a human cell model system. We have generated and characterized a series of knockout cell lines that lack individual MICOS components. CL metabolism and the fate of the tafazzin protein will be examined in these cells. We will additionally generate a tafazzin knockout cell line to study the CL-dependent assembly, stability and functionality of MICOS. Double knockout cell lines will be generated to study epistatic effects. We have shown before that overexpression of MICOS core subunits in yeast cells promotes cristae formation and expands crista junctions. Given the multiple connections and interdependencies of phospholipid homeostasis and membrane-shaping protein machineries, we hypothesize that overexpression of MICOS components in tafazzin-deficient human cells may ameliorate some of the ultrastructural and metabolic phenotypes. Such compensatory circuits have been described for other mitochondrial diseases and may open up new perspectives for alternative treatments of Barth syndrome, if they can be pharmacologically triggered.

The mutual connections between MIM ultrastructure, phospholipid composition and protein complex stability are currently not understood. This gap of knowledge also limits our understanding of related pathophysiological processes. We will use several state-of-the-art quantitative assays established in our laboratory to address key parameters of mitochondrial fitness in the generated MICOS- and tafazzin-knockout cell lines, like protein complex stability, respiratory performance, morphology and ultrastructure of the MIM, to obtain a comprehensive picture of the crosstalk between membrane architecture and CL homeostasis.