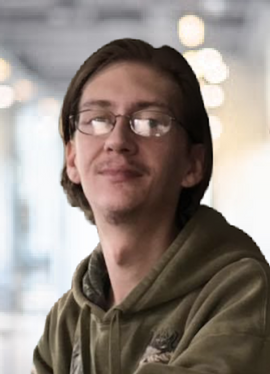 How old are you now?

When was the last time we saw each other?

It was at the conference of 2010.  If this COVID ever ends, I’d like to come back with my family to see everyone.

I work as a detention aide at the juvenile detention center for the state.  I have been doing this job going on six months.  I work nights.  I watch the cameras, do bed checks and get things ready for the next day.  It’s usually quiet.  There’s really not a lot going on at night.  The pay isn’t great, but the state benefits are nice.

Prior to that, I worked as a home health aide for about three years.  I like what I do now.  I wasn’t crazy about being a health aide.  There were clients that I really like and really miss but there are some that I don’t miss at all.  The mental toll was pretty heavy.  I think I would have enjoyed it more if I could have worked with children rather than working with adults.

I got sick in March of 2019 and was out of work for about six months.

What was going on?

I had a lot of things going on at one time.  I was in heart failure with pneumonia.  I was septic and positive for influenza A and influenza H.  I now wonder if I had COVID before we knew about COVID.  I wasn’t very with it.  I was on oxygen for about a month and a half after that because I was so tired.  I still haven’t bounced back all the way.  It hit me hard.  I lost a lot of weight.  There are days when I can’t do a thing.

What else is going on in your life?

I’m married and have a baby.

How did you meet your wife?

Well, that’s a funny story.  I met my wife, Brittany, through my ex-girlfriend.  I was with her for about six years.  While I was with her, she introduced me to Brittany’s family.  Over time I became good friends with them.  I knew them for about two years before I met Brittany.  I stayed in touch with the family after my girlfriend and I broke up.  Brittany and I also kept in touch.  On Thanksgiving of 2017 we started dating.  We got married about a year after that.

My daughter was born two days before they started talking about COVID.  That was tough.  She was admitted to the hospital with a staph infection before she was a month old.  I couldn’t even go in to see her.  It was bad.  They think she got it from a needle used more than once for a blood draw.

I love it.  I didn’t think I would ever be a father.  My wife had a son when we married.  He’s great.  Amelia is a good baby.  She is walking now.  It seems like she took her first step and never stopped.

I know my daughter is a carrier.  With advances that are being made in Barth syndrome, I am hoping that things will be better when she is able to have children.  I want to raise her to be aware of it but not raise her to be afraid of it.

Tell us a bit about your family history.

I know it’s a sore subject for my grandmother to talk about.  But all of her children were affected by Barth syndrome except one of my uncles.  I can see how it would be difficult for her to talk about.  She had so much loss. She lost four boys, one right after the other.  They were very young.  My mom is a carrier.  Both my brother and I have Barth syndrome.  Even though we are brothers it doesn’t affect us the same way.

Question for Brittany who was present for the interview…

I love him a lot.  It was really scary when he got so sick; I really thought I was going to lose him.  No matter what, I am here for him.