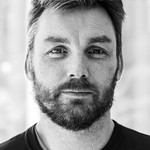 The genotype-to-phenotype relationship in health and disease is complex, influenced by environmental and genetic factors. Unmasking the non-trivial pairwise genetic interactions on a genome-wide scale remains an active area of investigation in many prominent disease models. The diverse spectrum of phenotypes observed in Barth Syndrome (BTHS) is consistent with such complex genotype-to-phenotype interplay, however, systematic efforts to understand these interactions remain lacking. We aim to address this by leveraging our expertise in genome-wide CRISPR screens to map the genetic interactions between mutations in TAZ and other genes in a systematic manner. We anticipate this strategy will yield invaluable insights into the molecular mechanisms that underpin the phenotypes and variability observed in BTHS.

Numerous mutations in the TAZ gene have been documented in BTHS patients, including frameshift and point mutations as well as mutations that disrupt alternative splicing of TAZ. This diverse pattern of TAZ mutations suggests that several independent mechanisms contribute to a loss or altered function of Tafazzin, which may account for the broad phenotypic variance observed in patients. Despite the documented mutations, little is known about the genetic architecture of TAZ and which mutations are functionally consequential. Using deep mutational scanning approaches, we propose to further characterize the TAZ gene to understand other functional roles of Tafazzin in yeast and human cells.

We propose using our expertise in functional genetics and cell engineering to generate a genome-wide genetic interaction network centred around TAZ and mitochondrial biology, with the goal of illustrating therapeutic opportunities and furthering our fundamental understanding of the entire spectrum of Tafazzin functions. Specifically, we aim to generate a TAZ genetic interaction network to understand which genes impact cellular fitness in the context of mutant TAZ, functionally validate the top TAZ genetic interactions involved in mitochondrial processes using cardiomyocyte organoid models to identify therapeutic targets with translational potential and characterize functional variants of TAZ using deep mutational scanning. Together, these efforts will enable us to create the first functional wiring diagram of the genetic landscape centered around TAZ with clinical relevance to BTHS.

This project’s funding was made possible by generous contributions from our affiliates Barth Syndrome Foundation of Canada and the Barth Syndrome UK.